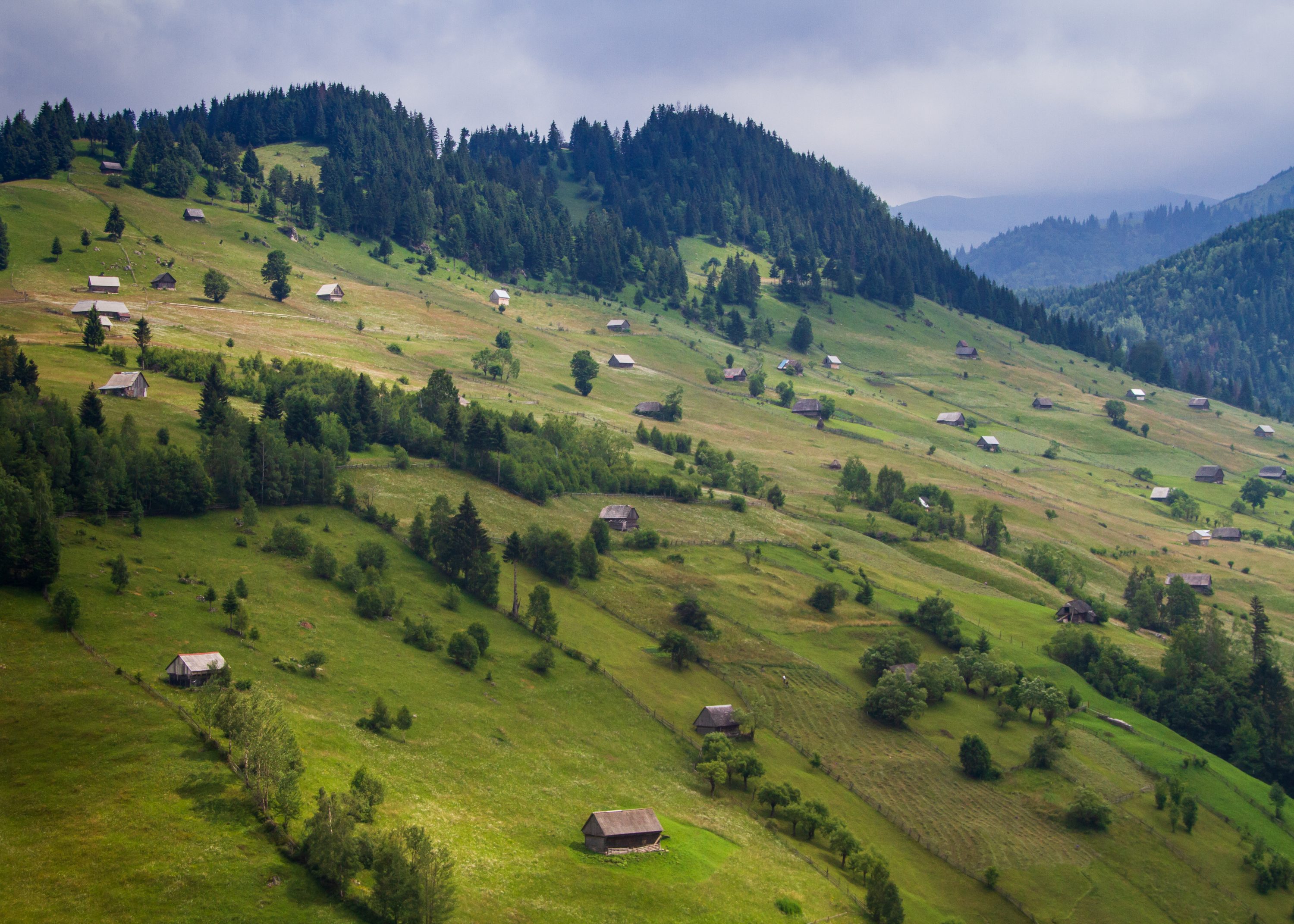 Odăi are household settlements that include rudimentary or more elaborate buildings and are used for storing hay and housing animals (especially during the winter). They have emerged as an effective solution for fodder and livestock management in a context where grasslands are at considerable distances from the household. Thus, it is much more practical to keep the hay on the meadow instead of carrying it for miles. Today, the rooms are inherited, but still they are built: “If it has rotted or if he wants to do another. For example, it has a land of I do not know how many hectares and has only one settlement. In order not to bring the hay around and around there, he makes another room and garbage, to garbage. Makes another settlement to be more…, you know. Not to carry the hay around. Or the garbage, is the same. To garbage. Well, here I have a toll, I have a troll and I’m taking it a kilometer, from here to the top of the mountain, up, a kilometer. I have a tow, a fill it with garbage and I spread it on the ground. I used to climb up the coast when I was little. Now I do not… I’ve done the troll, you go, how can you ease your work. I carry up the hill. And during winter. A corn, a beet, or something, I do not take him on my back, I put the tow, I take it up the hill, right in front of the settlement, there I stop. I get out of the settlement, put it in the stable”. (Gheorghe Gârţu, Moieciu de Sus)

On the other hand, there is a general tendency to decrease the number odăi. One of the reasons is related to the redefinition the value of these basic occupations for the younger population, which no longer has a significant interest in their practice. To this is added the transformations of the labor force specialized in the construction of such settlements, on the one hand, and of the building materials used, on the other. Wood, the main original material used in the construction of these settlements, are increasingly being replaced by composite materials: concrete walls, flat roofs, preferred for greater stiffness and strength. Maria Pepene from Moieciu de Sus owns a wooden room built almost 35 years ago by her husband on a land inherited from her mother. During the period she referred to, these settlements were not too numerous. Not only has the number of rooms increased, but also the perception of this element of the mountain landscape has changed: “It was not so many rooms, but it seemed like I do not know how… now if you have workers… no longer work as before. To get, to get the money… […] Well, they do not do anymore, that if young people do not like to smell of cow… they smell of perfume. What to do? What to do? This is it. That’s in this world”. (Maria Pepene, Moieciu de Sus)

The construction of the settlements depends on the positioning of the meadow or hay fields owned by people. The settlements occupy an important place in the agro-pastoral economy of the area, and the locals can have one or more such constructions, closer or farther from the house in the village (household): “every man has the fence, has his piece of land on which he has the settlement. […] there are settlements over this peak, to Șimon. Gets over the peak. During the winter, they make way with the spade until they get there. And there are ”fire rooms”, as they say. Fire room: there is a bed, a stove, there is a small room, a small room that they stay there all day. He can stay for a week, maybe two, not to come home. But so as not to go more often, he goes once a day and stays there, stays in the evenings, and then comes home. […] which are further, yes. Which is close, no, it’s pointless. It’s not my case. Look, you can see a settlement from here, among those trees there. More to the left, up to the edge. It’s a little one, three on three or three on two, with a bed there to rest and a table, you can eat, and with a stove, warm yourself. Just that”. (Gheorghe Gârţu, Moieciu de Sus)

In this area, the settlements are used more for housing cows but also for sheltering sheep with cows. The rooms are provided with an attic where the hay is stored during the summer (the first hay and the second hay, the latter called otava) and with a space for cows or sheep. The attic is provided with a hatch to the outside through the hay is climbed and another by which it is dropped directly inside for feeding the cattle. The hay is set in stalls specially designed for cattle feeding. The period in which the cattle are in the households during the winter is called wintering: “I also have barns, settlements, as they say, but in during the winter, now in the summer I close them in the shed”. (Gheorghe Gârţu, Moieciu de Sus) During the wintering, cattle always have stables separate from those of the sheep so that they are not injured.

One of the secondary practices associated with this type of settlement is the growth of vegetables. Maria Pepene arranges annually some plots of land in the immediate vicinity of the settlement, on which cultivates various vegetables: “Here I have a row of beets, here a row of potatoes, but it is gone, is gone… Here I have some bean, bean loaf, that it’s not on sticks. Here I have some cucumbers. Here I have some beans, here are carrots and here onion. But look how it has dried. Here some parsley and carrots, some garlic and so on, a row of potatoes, a row of beets. And here parsley, and here carrots. […] So to see that fine onion can grow in the mountains too. Not just in the lowlands”. Cultures are resumed each year: “Well, do you know how is it like? The world says: Oh, my God! Pepenica has potatoes and why should she plant others? Eh, I love planting”.

Settlements or barns are a consequence of animal husbandry practices and, even if apparently have a strictly utilitarian function, they contribute significantly to defining the agri-pastoral landscape in the area.