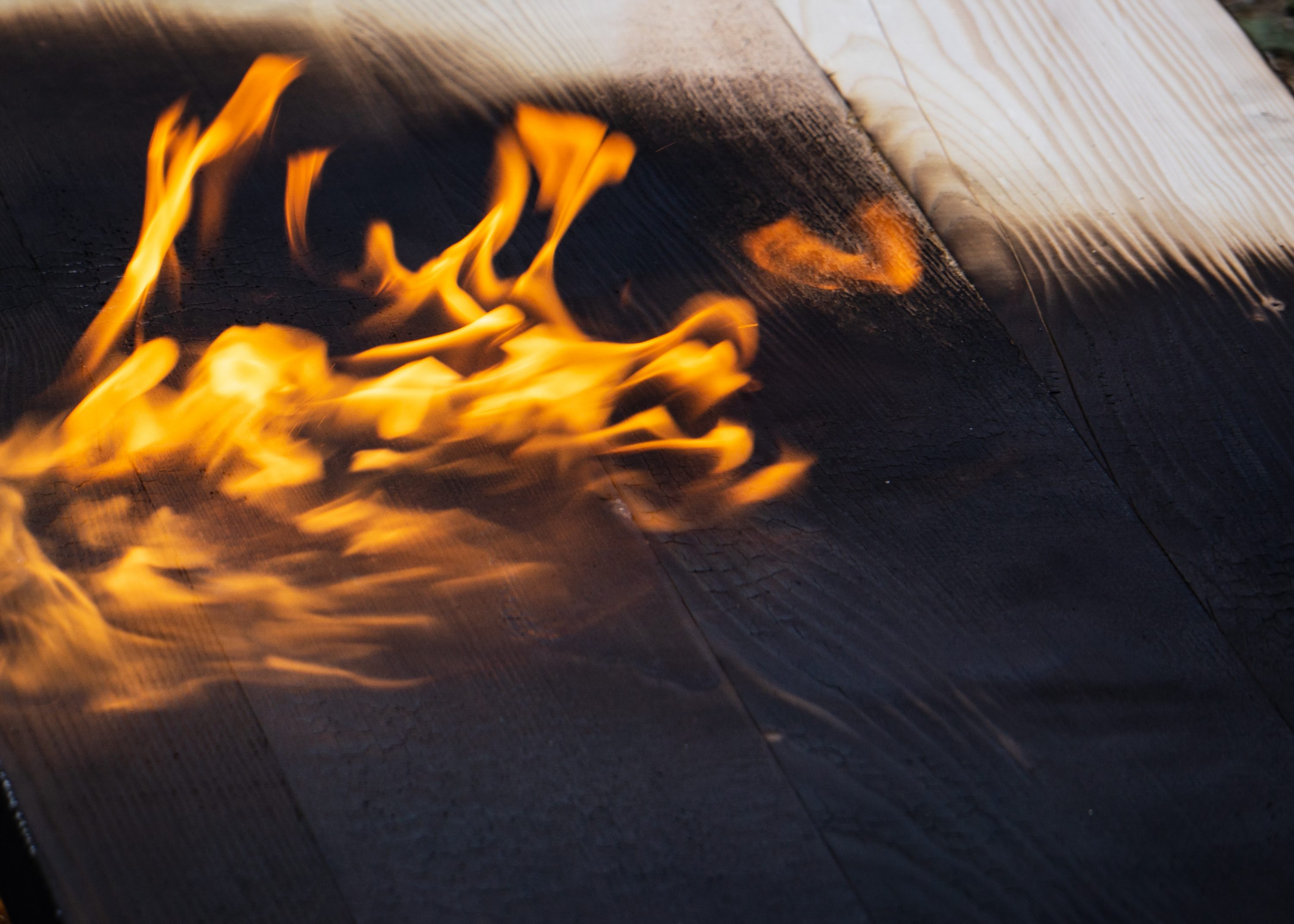 Sumedru’s Fire is a traditional custom dedicated to St. Dumitru’s Day and takes place in this mountain area every year on the night of October 25 to 26. It is a community feast in which most of the inhabitants participate, and at the same time an extremely spectacular ceremony that always takes place under the clear sky. It is an important feast in the pastoral calendar, marking the return of the animals from the pastures, implicitly the end of the pastoral year and the coming of winter. The archaic dimension of this ceremony has changed over time, this means that its form of organization and deployment no longer preserves the specific traditional elements, and especially the meanings associated with each element of the ritual are only little known to members of the community.

In the symbolic imaginary of this practice, Sumedru (St. Dumitru) is believed to lock in the summer and shed the leaves from the forest. According to the legend, Sumedru was an ordinary man, a shepherd very close to his flock, unseparable by it, and takes care of it “in the middle of the forest, untouched by human foot”. Sumedru’s Fire represented a moment of symbolic rebirth and was organized in a high place of the village (mountain) where young people lit out a big fire. In the middle of the place chosen to perform this ceremony, a hole was created and the stem of a tree cut from the forest (most often fir) was put in it, originally symbolizing the phytomorphic god that dies and revives annually. Around this strain were laid dry woods, straw, brushwood. The fire was lit by young people, and everybody sayd “Come to Sumdru’s Fire!” At this feast, women brought and shared “goodies” (donuts, pretzels, apples, walnuts and drinks).

Around the burning log, people were eating, drinking, playing and joking. All those who participated in this rite did not leave until the firing torch fell, being the climax of the ceremony. Over time, the ceremony was practiced in varied versions: for example, instead of a fire, three fires were made to prolong the time for this night-time entertainment. There were stacks called “buckets”, a small one, a middle one and a large one, which were lit in the order of magnitude, and the fires were burning until midnight: “That fire lasted until late at night. Now it will disappear. There are no children at school, now there are about 20 children. […] Well, before it was over one hundred. Those customs will somehow disappear with time. It was beautiful. There were old traditions. […] I was going, oh! I could not wait! […] Well, like children, you were playing, you were carrying wood for fire, there we made 2-3 stacks, so we used to say, like a haystack, and then we gave them fired them up, the small one, so it doesn’t look like this… then the middle one and so on. By midnight we were celebrating there. Yes, families came with food, he shared there, goodies, they shared to all the children there. How to say, donuts, these were the tradition. Eh, people also took a small, big brandy. Yes, yes”.

Even though the original meanings are no longer known, the custom remains and continues to be practiced with some variations. In recent versions, the custom becomes more of a large open-air party, but also brings together many members of the community, tourists and participants from other villages and towns. Traditional food that was formerly shared by women are replaced by large-scale consumer products sold on the market or may even lack. Sometimes, the local participants, after the fire subsides, fry smoked-dried salt meat on the fire, accompanied by brandy or other drinks. The habit turned into a pretext for manifesting a rather diffuse sociability, while the original ritual and symbolic frame remain vague and inarticulated.

The memories of the older locals about this custom and how it was organized during their childhood are beautiful and fresh. Such a story is also that of Ion Cocan from Fundata, who remembers with excitement and joy about this feast of fire: “… It was a year … I made the fire just on such a high coast and in the meanwhile the snow came. The snow caught us there. But we did not leave until all was burned. When we got down, we fell over and over because we slipped on the snow and the coast was fast… these, these are memories, beautiful memories, from childhood. The parents also came along, gathering there at Sumedru’s Fire, as it was called back then”.

An interesting fact is that this traditional custom appears to a greater extent in the stories and memories of men than in those of women. There is a certain masculinization of the social memory of this traditional ceremony. An explanation for this may be the fact that men participated and contributed to a greater extent in carrying out activities specific to this practice: cutting trees, gathering wood and whiskers, preparing and maintaining the fire overnight, these were rather men’s works.